Prisoners of War
" It was in Spain that men learned one can be right and still be beaten, that force can vanquish spirit, that there are times when courage is not its own reward "  Albert Camus

The first members of the British Battalion to be taken prisoner  were captured on the 13th February 1937, the second day of fighting in the Jarama Valley. They were all members of Harold Fry's No. 2 Machine-Gun Company. 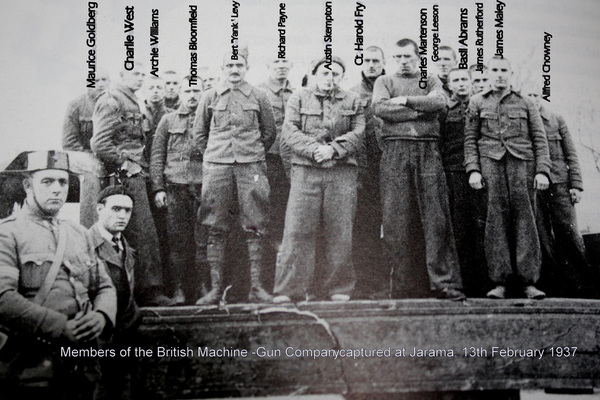 Archibald Campbell McGaskill  Williams was a member of Harold Frys' No.2 machine gun company who were captured at Jarama on the 13th February 1937. Whilst being held captive AC kept a small notebook. His grand-daughter, Lisa Croft, has kindly copied for me most of the contents of his notebook for this website, including a transcript of his interrogation by Alfonso Merry de Val. Lisa has also written an excellent article about her grandfather which is included in the IBMT newsletter. (issue 34, 1-2013)

There were two main battles at which the International Brigades suffered a large loss of men to be taken as prisoners of war. These were at Jarama on 13/2/1937 and at Calaceite on 31/3/1938. Over 100 men were taken prisoner in this action and they were then taken to Saragossa for interrogation, the others to San Pedro de Cardeña, near Burgos. They were also joined by those who had been captured during the Aragon Retreats.

40 of these men were released in mid October 1938, but it  took until between February and April 1939 for all of the men to be freed as part of a prisoner exchange scheme. However three men still remained behind, Scotsman Frank Cameron, Irish Republican Frank Ryan and Welshman Tom Jones. Jones was only released in March 1940 when a ransom of some two million pounds had been paid, Cameron was released with Jones. Ryan who was under sentence of death commuted to 30 years imprisonment, was eventually released in July 1940. He died in Dresden, Germany, June 10th 1944. 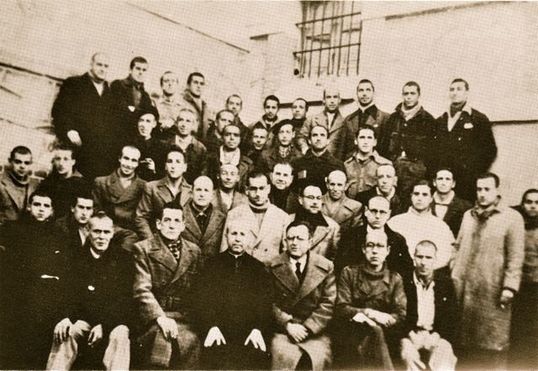 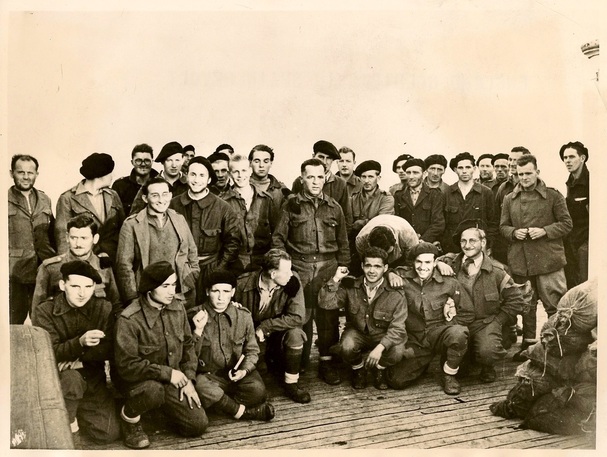 Returning on-board the steamer the SS Worthing to Newhaven, the men taken prisoner during the Aragon retreats, 27/10/1938.

1938: International Brigade POW's at San Pedro de Cardena near Burgos. Frank Ryan and Tom Jones are seated in the second row in the centre.